Join us on December 11th for the Glenora Farm Christmas Fair! (click for info)

This spring we have been talking together as a community about the four elements, recycling and the upcoming carnival festival. But what could we do with all of these different impulses? “Let’s have a big party”, we thought. But not just any party, a special carnival party where recycling and the four elements are included. And that is exactly what happened back in February on Carnival.

Every house dressed up as one of the elements and in some cases there was even a link to recycling. Here is a little introduction of the different houses, to give you a little impression how creative people on Glenora Farm can be:

The Big House, with earth as their theme, came as a Potato Family! There was Kartoffel, Pomme de Terre, Spud, Sweet Potato and Fries. But as everyone knows, potatoes today no longer have such an easy life. Packed in plastic, they are deprived of the air which they need to breathe. Fortunately, there are potato gnomes who free the potatoes and throw the plastic into the blue recycling box.

Furthermore, you could find a bunch of fire at the party, thanks to Helios House. They brought incredible sparkle, light and energy.

Let’s not forget about all these different beautiful birds flying around. The air had sent a flock of birds with their colourful feathers to the feast via Corwyn House.

The Lake House put on an incredible show as a flood! The flood was definitely an eye-catcher and the fire had to run away to avoid being extinguished.

The Lake House put on an incredible show as a flood! The flood was definitely an eye-catcher and the fire had to run away to avoid being extinguished.

We had some nice songs, every house introduced themselves and of course we talked about recycling as well. And after a little snack-break the dancing finally began thanks to our very own DJ’s “Matthew the Maker“ and “Always Awesome Abi“, who managed to set the mood. That was fun and we all had a good time!

Thank you all for coming. you have made the evening colourful, funny and full of life. 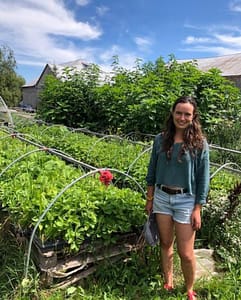 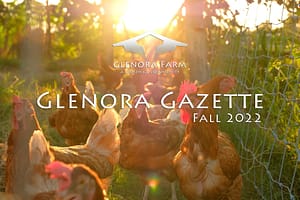 The Story of Generosity: Highlighting the Fairbank Family

Glenora Farm is a life-sharing community, where adults with developmental disabilities live, work and learn together with their caregivers.

Donations can also be sent via cheque (made out to "The IWA") and mailed to the address listed on the website.